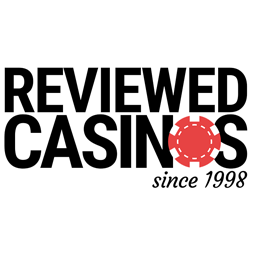 Poker is by far one of the most popular online casino game. It is also one that has the most variations, not only as table games played in poker rooms but also as the many avatars of video poker. However these many variations spring from two essential formats of the game – draw poker and stud poker. These terms are frequently used without explanation in online descriptions. Hence it is essential for those new to the game to have a clear understanding of what they mean.

In draw poker each player is dealt the complete five-card hand before the betting commences. The players can discard any number of cards that they find unsuitable (including the full hand), and replace them by “drawing” by fresh cards. Hence the name draw poker. The betting then commences on the the basis of the new hands. Five-card Draw is the most common variant based on draw poker. The sequence of play is as follows. Each player is dealt five cards one at a time face down. The remaining deck is placed aside. The players see their own cards and engage in one round of betting. Then the draw takes place. Each player makes his discards. The top card from the balance deck is discarded (this is known as the burn card) and each player in turn is dealt the number of cards he had discarded. A second round of betting then takes place and if more than one player remains in the fray it is followed by the showdown. The player with the highest ranking hand in the showdown takes the pot. Most video pker multiline games have at least one line that is played in the draw poker format.

The defining aspect of stud poker is that all the cards are not dealt upfront. Each player is dealt a number of cards, say three. A round of betting takes place. Then the players still in the game are dealt a fourth card and another round of betting takes place. Then the final card is dealt leading to the final round of betting and the showdown if required. The betting rounds in stud poker have been given specific names. The round that takes place after three cards have been dealt is called third street. The same applies to fourth street and fifth street. The final round of betting before the showdon is called the river. In many variations the river and fifth street coincide. In some variations some cards are dealt face up for everyone to see. The cards that are dealt face doen are called hole cards.

A variation of stud poker games that is ofyen given a distinct name is community card poker. In such games the cards are dealt progressively after intermittent rounds of betting identifying the variation as stud poker. However the later cards are not dealt individually to each player but kept in the centre of the table to be used by all players in conjunction with the cards individually dealt to them. These cards are known as “community cards” and hence the name community card poker. Texas Hold ‘em, played in this format, is one of the most popular games on online casinos.